Especially companion animals such as dogs and cats are potential vectors for rabies transmission to humans. Canine or dog-mediated rabies contributes to more than 99% of all human rabies cases; half of the global human population especially in the developing world lives in canine rabies-endemic areas and is considered at risk of contracting rabies.

There are many effective animal rabies vaccines available that provide a considerable duration of immunity. In countries with dog-mediated rabies mass parenteral vaccination programmes in dogs remain the mainstay of rabies control. 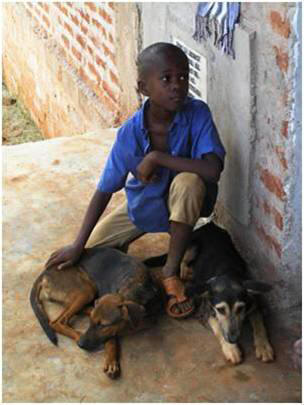 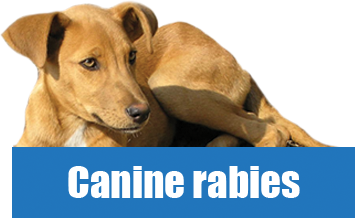 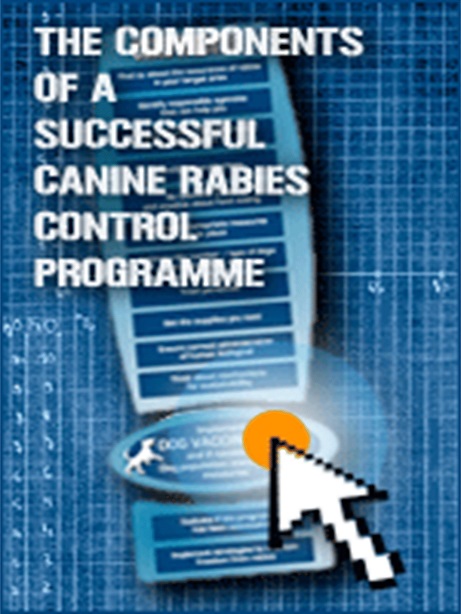 Today with large areas of Europe gaining the rabies free status, nevertheless vaccination of pets remains an important part of prevention. Travel with pets from countries with endemic wildlife- and/or canine rabies is a risk for public health in Europe and can result in re-infection of freed areas. Therefore, strict laws and regulations have been implemented to control the movement of pet animals, e.g. dogs, cats and ferrets have to be vaccinated before travel and a sufficient immune response has to be achieved (see pet travel).

Rabies in Europe is predominately sylvatic rabies, with wildlife species accounting for approximately 80% of all rabies cases. Of these, more than 80% are red foxes (Vulpes vulpes), a member of the canidae family. In the past, conventional methods of fox rabies control such as intensive culling or trapping aimed at a disruption of the natural route of infection among foxes by reducing their density.­ In fact, all these methods generally were incapable of reducing and maintaining the fox population below a certain level. Thus, based on many experiences, it was not possible to decrease the rabies incidence effectively.

To answer most questions on fox rabies control a second module (www.foxrabiesblueprint.org) has been integrated to cover the control of rabies in red foxes using oral rabies vaccination (ORV). This Blueprint for Fox Rabies Prevention and Control has been developed by a handful of global rabies experts also from the “Partners for Rabies Prevention”. The initiative coordinated by the Global Alliance for Rabies Control and supported by WHO and OIE aimed at complementing the existing blueprint with a similar guide for controlling or eventually eliminating fox rabies, using the oral rabies vaccination (ORV) strategy. 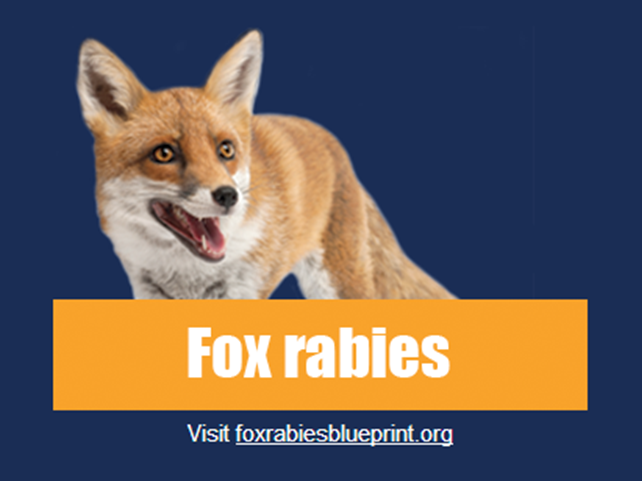 The oral vaccination of foxes against rabies which was developed already 25 years ago offered a new perspective in rabies control in wildlife­. The first field trial on oral rabies vaccination (ORV) of foxes was successfully conducted in Switzerland in 1978 followed by Germany in 1983.

Since then this method has been proven as the only effective way to eliminate rabies in foxes. If rabies is eliminated in foxes it also disappears in domestic animals. Rabies in raccoon dogs introduced into the eastern parts of Europe can be successfully eliminated using the same method as for foxes.

The results obtained with this method are outstanding – the annual number of rabies cases in Europe dropped from 21.000 in the year 1990 to 5.400 in 2004. In most parts of Western and Central Europe rabies has been successfully controlled and eradicated. So far several countries such as Finland, The Netherlands (1991), Italy (1997), Switzerland (1998), France (2000), Belgium, Luxembourg (2001), the Czech Republic (2004), Germany (2008) and Austria (2008) have been declared as being officially free of terrestrial rabies. In 2009, Italy was re-infected by fox rabies and ORV is currently performed as a control measure. 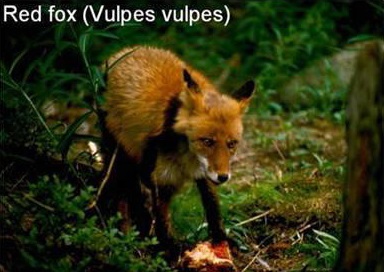 For ORV of foxes and raccoon dogs modified live virus rabies vaccines, either attenuated live rabies viruses or recombinant viruses, are used. A vaccine filled sachet is enveloped by a bait casing typically consisting of fishmeal, fat and paraffin.

Vaccine baits need to be deposited throughout all potential fox habitats (i.e. almost everywhere). Different vaccine bait distribution systems have been developed. Aerial distribution preferably by aircraft, or by helicopter is the most efficient way. Manual distribution of vaccine baits is complementary measure and is preferably used in urban and suburban regions (city parks, cemeteries, industrial areas, private properties etc.).