Classical rabies caused by RABV occurs worldwide besides some isolated countries and Western Europe that are regarded rabies free. Carnivores, especially of the canidae family represent the principal reservoir species and are responsible for the maintenance of the infectious cycle and hence for the presence of the disease (see Epidemiology of rabies). While wildlife rabies maintained by different reservoirs hosts predominantly occurs in the Northern hemisphere, canine rabies is by far more important for public health in the developing world. Here, canine rabies contributes to 99% to the human death toll causing more than 50.000 human casualties annually. Mainly developing countries from Asia and Africa suffer from the burden of the disease. The WHO regards rabies as a neglected disease and efforts are promoted to establish wider access to appropriate post-exposure treatment for humans. Dog rabies control by mass vaccination campaigns and dog population management are supported and are the only way to control the disease. In South America tremendous success towards the elimination of canine rabies has been achieved.

In the Americas, bat species are also reservoir for RABV. (See Rabies and Bats) 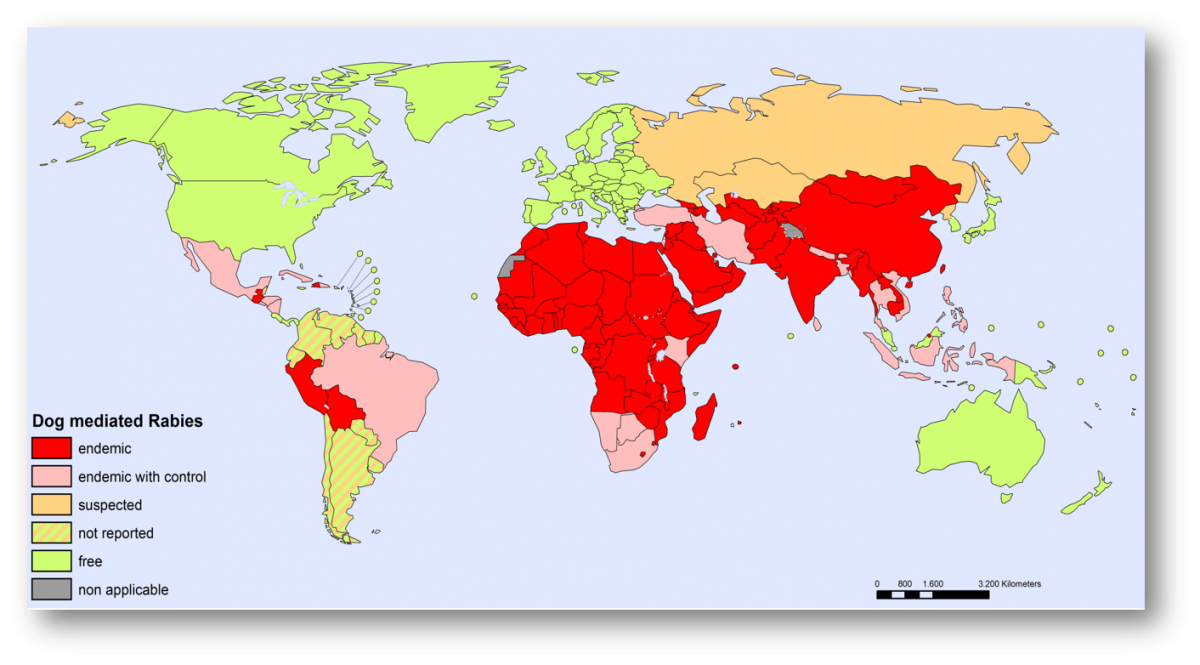